June 26, 2021Howard John2021-06, Devotional
Create a peaceful space to pause, and allow yourself to feel God’s presence alongside you, as near to you as your own breath. In following the reflection below, as a church we will draw closer to God and to one another as we grow in faith and deepen our sense of belonging to God.

6 I am the Lord, I have called you in righteousness, I have taken you by the hand and kept you; I have given you as a covenant to the people, a light to the nations.

6 [The Lord] says, ‘It is too light a thing that you should be my servant to raise up the tribes of Jacob and to restore the survivors of Israel; I will give you as a light to the nations, that my salvation may reach to the end of the earth.’

A story told by the famous Dutch priest and spiritual teacher Henri Nouwen, goes like this: A Rabbi once asked his students, ‘How can we determine the hour of dawn, when the night ends and the day begins?’ One of the students suggested: ‘When from a distance you can distinguish between a dog and a sheep?’ ‘No’, the Rabbi answered. ‘Is it when one can distinguish between a fig tree and a grapevine?’ asked a second student. ‘No’, said the Rabbi. ‘Please tell us the answer then’, begged the students. The Rabbi said, ‘It is when you can look into the face of another human being and you have enough light in you to recognise your brother or your sister. Until then it is night and darkness is still with us’ 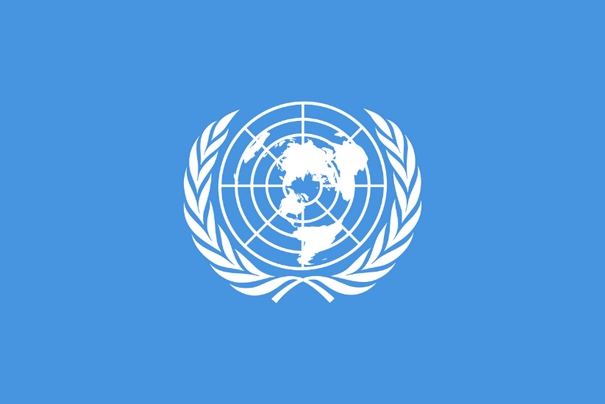 As World War II was coming to an end and much of the world lay in ruins, representatives of fifty countries gathered for a conference, at which they hoped to prevent another world war. Over two months they drafted an agreement which they all signed, seventy-six years ago today, a founding Charter for an international organisation. It begins: “We the people of the United Nations determine: to save succeeding generations from the scourge of war; to reaffirm faith in fundamental human rights, in the dignity and worth of the human person, in the equal rights of men and women and of nations large and small.” That’s an aim which has clearly not always been achieved but one which is still worth striving for. We are thankful to God that through UN agencies, there have been great improvements in education and child mortality, in combatting poverty, malaria, AIDS, polio and starvation; in issues around clean water and climate change and so much more.

As children of the light, we are called to be lights in the world, to look beyond our own concerns to the needs of our brothers and sisters, ‘that God’s salvation may reach to the end of the earth’ for it is when we can look into the face of another human being and have enough light in us to recognise our brother or sister, that we will fulfil our calling to be ‘a light to the nations.’

We turn to you, O God of every nation,
giver of good and origin of life;
your love is at the heart of all creation,
your hurt is people’s pain in war and death.

On all who rise on earth for right relations
we pray the light of love from hour to hour.
Grant wisdom to the leaders of the nations,
the gift of carefulness to those in power.

Teach us, good Lord, to serve the need of others;
help us to give and not to count the cost.
Unite us all to live as sisters, brothers;
defeat our Babel with your Pentecost!

Reflection © 2021 Howard John.
Image freely available online.
Hymn words STF 720 © 1967, 1991, 1997, Stainer & Bell Ltd.
A printable version of this Daily Devotional can be downloaded from here
All material within this order of worship is reproduced by permission under CCL 1226356