March 25, 2021Matthew Earl2021-03, Devotional
Create a peaceful space to pause, and allow yourself to feel God’s presence alongside you, as near to you as your own breath. In following the reflection below, as a church we will draw closer to God and to one another as we grow in faith and deepen our sense of belonging to God.

18 So the Lord said to Moses, ‘Take Joshua son of Nun, a man in whom is the spirit, and lay your hand upon him; 19 have him stand before Eleazar the priest and all the congregation, and commission him in their sight. 20 You shall give him some of your authority, so that all the congregation of the Israelites may obey. 21 But he shall stand before Eleazar the priest, who shall inquire for him by the decision of the Urim before the Lord; at his word they shall go out, and at his word they shall come in, both he and all the Israelites with him, the whole congregation.’ 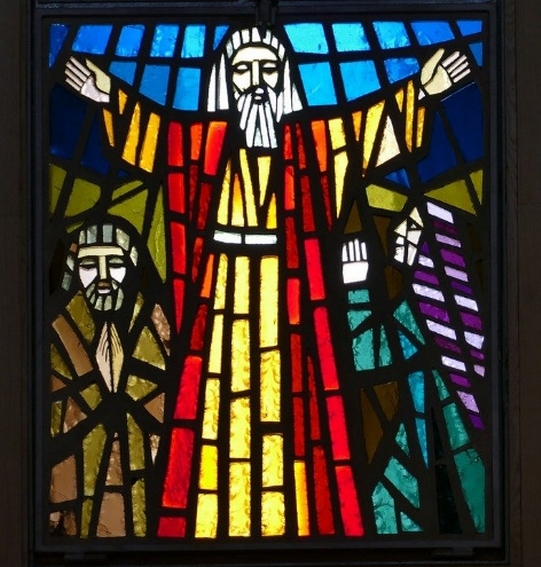 As I write this, we are currently in the middle of the 10-year census. It has made me think about the first census of Israel of which we can read in the book of Numbers, when Moses was told to list all the men over age 20 and fit for military service. Numbers describes people who are often afraid and discouraged in the face of hardship, and who rebelled against God. It is the story of when the Israelites left Egypt and nearly forty years before they reached the eastern border of the land God had promised them. The book has also been called ‘the grumblings of the nation’ because it contains so much complaining and discontent among the people.

God’s guidance in the wilderness was a clear and visible reality. When the cloud lifted, they moved on and where it settled again, they encamped.   Moses was persuaded, against his better judgement, to send out spies to see what the land and the people were like. Most of them came back with negative reports of what they had seen of the power and size of the people. However, Joshua and Caleb were more positive and they encouraged Moses to proceed towards Canaan. Moses was steadfast, if sometimes impatient, in his loyalty to God and his people, and when he died before reaching it, Joshua was the obvious choice to lead the people into the promised land.

There are times when we need to stop, pray and meditate and look ahead to consider our next move, just as the Israelites did. The season of Lent gives time for devotion and prayer, asking God to guide us in our daily lives. There came a point for us as a church when we felt that God was calling the four congregations to come together and then proceed with the design of the building. We had to have the faith that all will be OK, and God’s persistent care for us will enable us to move to the new premises. Just as God was faithful to Moses and Joshua, God is faithful to us.

Prayer:
I quote some words from Estelle White’s well-known hymn which you are invited to use as a prayer of dedication, as we put ourselves in the place of Moses, through Lent.

‘Moses, I know you’re the man. You’re going to work out my plan’, the Lord said.
‘Don’t get too set in your ways, I’ll go before you and I shall be a sign.’
‘I shall be faith and true’, the Lord said,
‘My love will strengthen you as you go along,
for you’re my travelling, wandering race, you’re the People of God.’

Reflection and Prayer © 2021 Matthew Earl.
Image freely available online.
Hymn words: © 1969 Stainer & Bell Ltd and McCrimmon Publishing Company Ltd.
A printable version of this Daily Devotional can be downloaded from here
All material within this order of worship is reproduced by permission under CCL 1226356