November 24, 2020Gillian Wood2020-11, Devotional
Create a peaceful space to pause, and allow yourself to feel God’s presence alongside you, as near to you as your own breath. In following the reflection below, as a church we will draw closer to God and to one another as we grow in faith and deepen our sense of belonging to God.

32 The group of believers was one in mind and heart. None of them said that any of their belongings were their own, but they all shared with one another everything they had. 33 With great power the apostles gave witness to the resurrection of the Lord Jesus, and God poured rich blessings on them all.  36 And so it was that Joseph, a Levite born in Cyprus, whom the apostles called Barnabas (which means “One who Encourages”), 37 sold a field he owned, brought the money, and turned it over to the apostles. 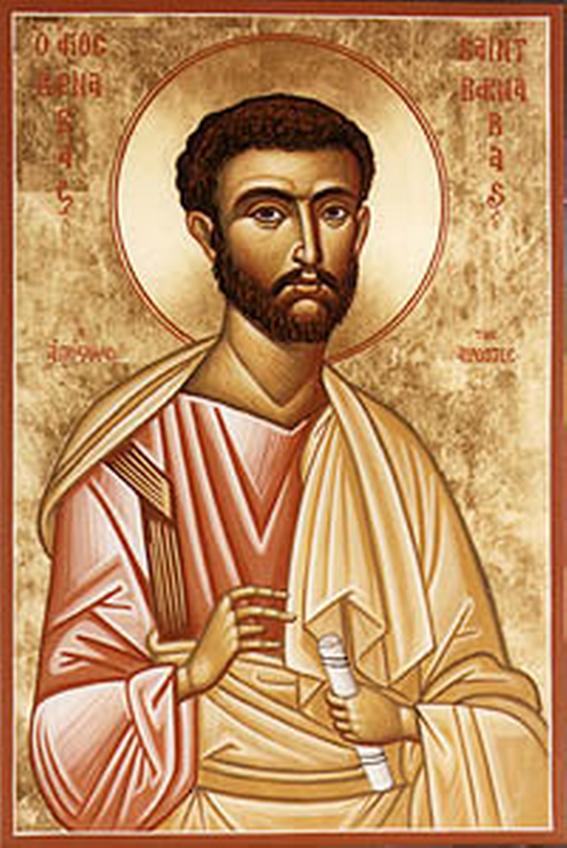 We all need encouragement, especially having to endure lockdown again, after several months of relative freedom whilst living within the restrictions of the pandemic. We need people like Barnabas to encourage us to keep going.

We first meet Barnabas when there was hardship amongst the followers of Jesus in Jerusalem. He sold a field and gave the money to the relief fund. After Saul’s conversion people were still fearful of him, but it was Barnabas who supported him and introduced him to the apostles in Jerusalem. Later he collected him from Tarsus and brought him to Antioch where they both taught in the growing church and became partners in mission. When Paul would not take John Mark again on his next missionary journey it was Barnabas who supported him and took him on a mission to Cyprus. Barnabas lived up to his nickname. He was a son of encouragement for the churches in Jerusalem and Antioch and for Saul/Paul and John Mark. They and us all needed the lift that encouragement gives.

I enjoy watching snooker on TV (as some of you may remember). Initially, with no audience the atmosphere was flat and the players looked downcast even when they won, but now the atmosphere has improved as there is a snooker expert in control of the applause machine and when there is a really good shot and at the end of a frame and the match the applause fills the empty auditorium cheering the players as their skills are acknowledged.

Similarly, for us – we need to take on the role of the controller of applause – to take on the role of Barnabas and encourage our families, our friends and our neighbours through this new lockdown by phone calls, emails, letters and prayers. Not only will it lift their spirits it will lift ours too. As the hymn by Richard A. M. Gillard says,

Brother, sister, let me serve you,
let me be as Christ to you;
pray that I may have the grace
to let you be my servant too.

We are pilgrims on a journey,
and companions on the road;
we are here to help each other
walk the mile and bear the load.

Prayer:
let us share this 10th Century prayer from the Ambrosian Missal:

Eternal God, as you have taught us to keep all your commandments
by loving you and our neighbour, grant us the gift of your Spirit
that we may be devoted to you with all our heart and united to each other with a pure will;
through Jesus Christ, our Lord. Amen.

Reflection © 2020 Gillian Wood.
Image freely available online.
Prayer out of copyright.
Hymn words Words and Music: © 1977 Scripture in Song.
A printable version of this Daily Devotional can be downloaded from here
All material within this order of worship is reproduced by permission under CCL 1226356