May 24, 2021Matthew Earl2021-05, Devotional
Create a peaceful space to pause, and allow yourself to feel God’s presence alongside you, as near to you as your own breath. In following the reflection below, as a church we will draw closer to God and to one another as we grow in faith and deepen our sense of belonging to God.

1 Not long afterward Jesus was walking through some wheat fields on a Sabbath. His disciples were hungry, so they began to pick heads of wheat and eat the grain. 2 When the Pharisees saw this, they said to Jesus, “Look, it is against our Law for your disciples to do this on the Sabbath!”
3 Jesus answered, “Have you never read what David did that time when he and his men were hungry? 4 He went into the house of God, and he and his men ate the bread offered to God, even though it was against the Law for them to eat it – only the priests were allowed to eat that bread. 5 Or have you not read in the Law of Moses that every Sabbath the priests in the Temple actually break the Sabbath law, yet they are not guilty? 6 I tell you that there is something here greater than the Temple. 7 The scripture says, ‘It is kindness that I want, not animal sacrifices.’ If you really knew what this means, you would not condemn people who are not guilty; 8 for the Son of Man is Lord of the Sabbath.”

On 24th May 1738 John Wesley wrote in his journal: “In the evening I went very unwillingly to a society in Aldersgate Street, where one was reading Luther’s preface to the Epistle to the Romans. About a quarter before nine, while he was describing the change which God works in the heart through faith in Christ, I felt my heart strangely warmed. I felt I did trust in Christ, Christ alone for salvation, and an assurance was given me that he had taken away my sins, even mine and saved me from the law of sin and death.” 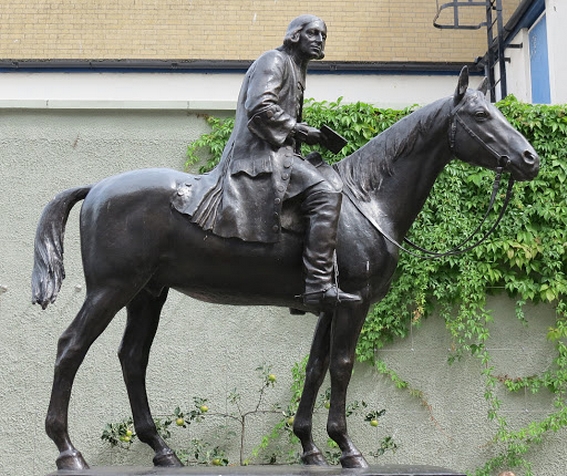 Wesley described the moment that was the turning point in his life. He initially disapproved of preaching in the open air but when he was convinced, he started 50 years of travelling 5000 miles a year on horseback over terrible roads. Whilst he was greeted with enthusiasm by the locals, more often than not with many hundreds in the crowds, the established church disapproved and barred him often from preaching inside churches. So began the Methodist movement, called because meetings of study and prayer were regarded as methodical when he was at Oxford. He opened a free medical clinic and school, a refuge for women and children and supported Wilberforce’s anti – slavery movement. He built the first Wesley Chapel in London.

Jesus got similar responses when he preached to many and healed the sick. The Pharisees and Roman authorities looked for a way of stopping him, but Matthew’s gospel has Jesus’s response quoted above. Also Jesus assures us with these familiar words:

‘Come to me, all of you who are tired from carrying heavy loads, and I will give you rest. Take my yoke and put it on you and learn from me, because I am gentle and humble in spirit; and you shall find rest’ (Matthew 11: 28-30)

Reflection and Prayer © 2021 Matthew Earl.
Image freely available online.
A printable version of this Daily Devotional can be downloaded from here
All material within this order of worship is reproduced by permission under CCL 1226356