December 24, 2020Gordon Harrison2020-12, Devotional
Create a peaceful space to pause, and allow yourself to feel God’s presence alongside you, as near to you as your own breath. In following the reflection below, as a church we will draw closer to God and to one another as we grow in faith and deepen our sense of belonging to God.

16 So they went with haste and found Mary and Joseph, and the child lying in the manger. 17 When they saw this, they made known what had been told them about this child; 18 and all who heard it were amazed at what the shepherds told them.

Once we received a cartoon style Christmas card showing the shepherds on a hillside pointing towards Bethlehem in the distance. The caption above the shepherds had one of them saying: “Lo, squatters!” Like all good cartoons it captured the essence of the situation. Mary, a prematurely pregnant young mum, the Jesus baby and Joseph were indeed all temporarily homeless – squatting in a stable, thanks to a hospitable innkeeper.

The shepherds themselves were marginalised folk despite the value of their work (like some folk today). They worked with animals and were unable to observe the Sabbath because of their work. Right from the start of our Lord’s life, the scene is an inclusive one. The marginalised ones are the first to acknowledge his birth. The homeless family are ‘centre-stage’, and one Gospel version has the three of them becoming refugees as they flee from a despotic King Herod. Even the mythical ‘wise men’ suggest the Gospel that will embrace the people of the then ‘known world’. Inclusivity is the nature of the Nativity narratives. This theme continues of course in Christ’s ministry. Jesus was never afraid to break with protocol: he heals a Gentile woman’s daughter; highlights a ‘good’ Samaritan; touches lepers and eats with the hated Zacchaeus.

For nine years I was minister of a late Victorian, gothic-style church in Sheffield, named ‘Victoria’, after the monarch. Another Methodist church in the centre of Sheffield was called ‘Victoria Hall’. As you can imagine this caused confusion, with post, telephone calls and visitors. Many years before, George Bassett, of ‘Liquorice Allsorts’ fame had been a member of ‘my’ Victoria. His family donated a beautiful stained-glass window and a marble font and pulpit in his memory. Shortly before I was due to leave to leave Sheffield, I had a ‘light-bulb moment’. 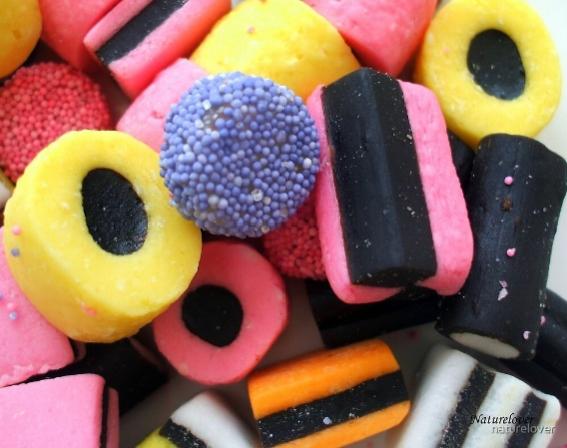 It came in the form of a question. Many churches are named ‘All Saints’ or ‘All Souls’, so why not re-name our church ‘All Sorts’? (Especially as our church was multicultural, and mixed by age, gender, personality type etc.) Regrettably, I never followed through with this idea – shame!

As we look forward to a new church building, our name ‘Emmanuel’ reminds us God is with us all – churchgoers, those of other faiths or none, and the marginalised in their many Christ-like disguises. Diversity is to be welcomed. I believe that the more diverse a community, the more interesting it is bound to be. The notice board outside our present Emmanuel church building states: “Where you will always be welcome”. May this always be true for ‘all sorts’ of folk. A welcoming inclusivity is an essential mark of a Christian community. It is something each one of us can help to happen.

Jesus, Emmanuel, ‘God with us’,
may your embrace,
enable in us the grace,
to include, not exclude,
to emphasise, not to criticise,
to build bridges, not barriers,
and so reflect your life amongst us. Amen.

Reflection & Prayer © 2020 Gordon Harrison.
Image freely available online.
A printable version of this Daily Devotional can be downloaded from here
All material within this order of worship is reproduced by permission under CCL 1226356