June 22, 2020Matthew Earl2020-06, Devotional
Create a peaceful space to pause, and allow yourself to feel God’s presence alongside you, as near to you as your own breath. In following the reflection below, as a church we will draw closer to God and to one another as we grow in faith and deepen our sense of belonging to God.

‘Do not press me to leave you
or to turn back from following you!
Where you go, I will go;
where you lodge, I will lodge;
your people shall be my people,
and your God my God.
17 Where you die, I will die – there will I be buried.
May the Lord do thus and so to me, and more as well,
if even death parts me from you!’ 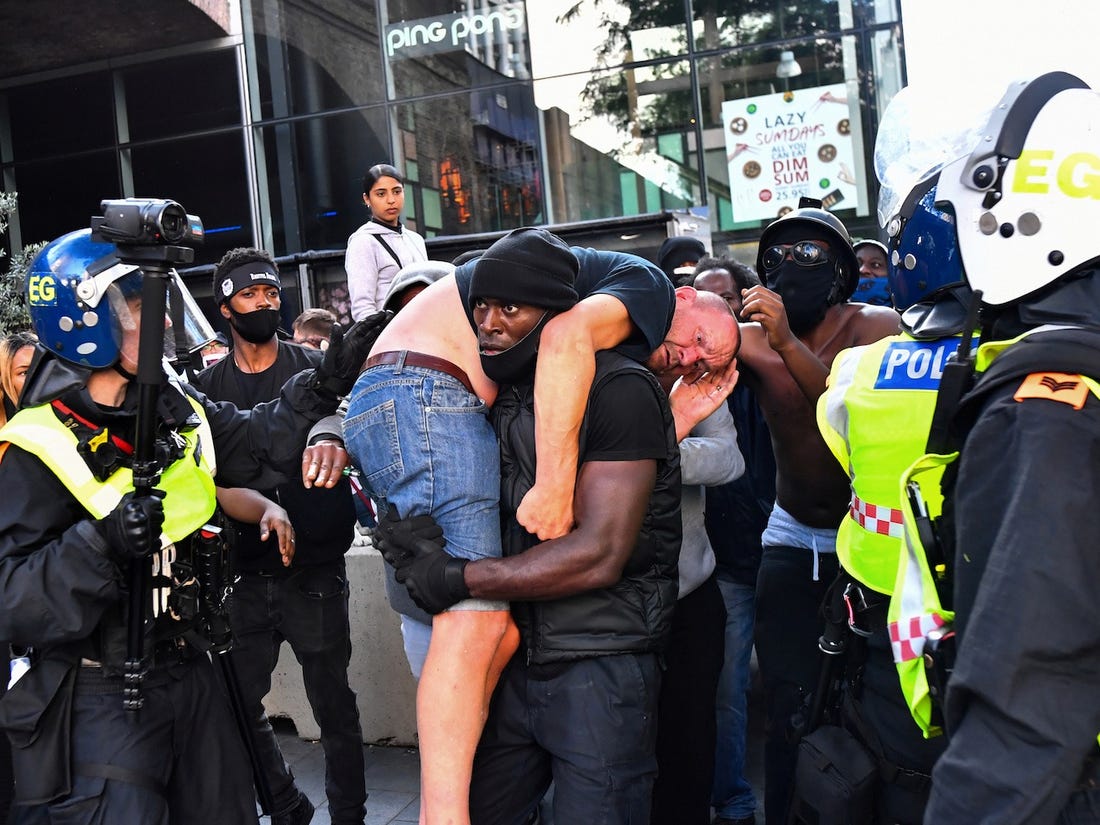 Last week footballer Marcus Rashford was successful in campaigning for vouchers for vulnerable children for the summer holidays, demonstrating what can be done when actions speak louder than words. This picture above shows the man who saw another man in danger during what has been mainly peaceful demonstrations following the death of George Floyd in the United States. He carried him to safety.

The book of Ruth is a tale written as someone has put it by ‘a poet who has not written a more beautiful short story’. It is set in the violent times of the Judges. Ruth is a Moabite woman who married an Israelite, and when he died, Ruth showed both uncommon loyalty to her Israelite mother-in-law, Naomi, and deep devotion to God. In the end, she found a new husband, Boaz, among her former husband’s relatives. There were not many ways for widows to earn a living and Ruth and Naomi were poor. The law laid down that the gleanings of the harvest must be left for the poor. Boaz’s kindness went far beyond what the law demanded. Through marriage Ruth became the great-grandmother of King David, with Jesus following as a descendant of David.

There is a link between the three examples, that underline that all are equal in the sight of God. The man in the picture said he acted on instinct and so, I believe, did Ruth. So too, we must obey God and follow in his nature, for background, culture, race, faith, colour are all equal to God. The pandemic has laid bare society’s unfairness for which we can all contribute to change.

Lord God, help us to be quiet
and listen to your voice,
assuring us of your presence at all times.
Be with those who are taking the good news to others
through action and prayer.
Help us to do the same, bringing about a more equal society.
In Jesus’ name and to his glory. AMEN.

Reflection & Prayer © 2020 Matthew Earl.
Images freely posted on social media.
A printable version of this Daily Devotional can be downloaded from here
All material within this order of worship is reproduced by permission under CCL 1226356