September 19, 2020Barrie Tabraham2020-09, Devotional
Create a peaceful space to pause, and allow yourself to feel God’s presence alongside you, as near to you as your own breath. In following the reflection below, as a church we will draw closer to God and to one another as we grow in faith and deepen our sense of belonging to God. 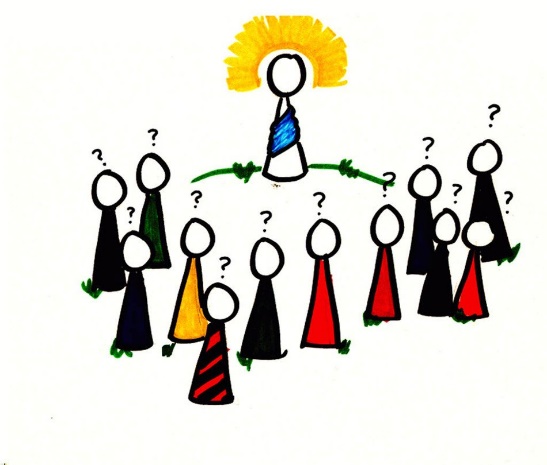 4 When a great crowd gathered and people from town after town came to him, he said in a parable: 5 “A sower went out to sow his seed; and as he sowed, some fell on the path and was trampled on, and the birds of the air ate it up. 6 Some fell on the rock; and as it grew up, it withered for lack of moisture. 7 Some fell among thorns, and the thorns grew with it and choked it. 8 Some fell into good soil, and when it grew, it produced a hundredfold.” As he said this, he called out, “Let anyone with ears to hear listen!”

How careful are you and I when we’re sowing seeds! I remember years ago in Banbury, sowing large lawns by hand and making heavy weather of the task. But whether we’re sowing grass-seed, carrots, peas or whatever – we make sure that none is wasted, and that the soil is well-prepared. However, the illustration that Jesus uses to describe how God’s message of love and salvation can be heard and received, and take root in people’s hearts and minds, is at first glance a little odd! Why choose such a risky and indiscriminate method for distributing something which is so clearly important?

Before trying to answer that one, I had another thought. What if Jesus were telling the same parable today? I believe that he would have chosen a different picture (hence the illustration!). What if Jesus was moved by, say, Psalm 19? “The heavens declare the glory of God, and the firmament proclaims his handiwork…their sound has gone out through all the world: and their words to the ends of the earth”, and used some form of Information Technology?

But we all know how unreliable are modern methods of communication. When we hear or read the word ‘virus’ we immediately think of COVID-19, but ‘malware’ (which includes viruses, worms, Trojan horses, ransomware, spyware, adware, rogue software, and scareware) is a real hydra and virus protection programs rapidly become out of date. Even on a basic level, signals can get distorted, blocked, misunderstood, misrepresented or simply not received. And people can switch off!

Perhaps this is just the point that Jesus is trying to make. It is because the Gospel is so precious that God is taking a huge risk, since it’s the only way which gives people the maximum freedom to respond. It’s got to be indiscriminate, a sign of God’s prodigal, overflowing love – as in Charles Wesley’s hymn:

Your sovereign grace to all extends, immense and unconfined;
from age to age it never ends; enfolds all humankind.
Throughout the world its breadth is known, wide as infinity;
so wide it never passed by one, or it had passed by me.’
(StF 436 ‘What Shall I Do My God to Love?’)

Gracious God, you have entrusted us
with a gospel that can transform people’s lives.
Help us to do all in our power to make your love real to all we meet,
and not place any limits on our mission in Christ’s name. Amen.

eflection & Prayer © 2020 Barrie Tabraham.
Hymn words not in copyright.
Images freely available online.
A printable version of this Daily Devotional can be downloaded from here
All material within this order of worship is reproduced by permission under CCL 1226356

[box style="1"] ‘The God of Grace and Favour’ Join us today for a short online Worship Service, led by Rev.…