April 10, 2020Paul Tabraham2020-04, Devotional
Create a peaceful space to pause, and allow yourself to feel God’s presence alongside you, as near to you as your own breath. In following the reflection below, as a church we will draw closer to God and to one another as we grow in faith and deepen our sense of belonging to God.

So, they took Jesus; 17 and carrying the cross by himself, he went out to what is called ‘The Place of the Skull’, which in Hebrew is called ‘Golgotha’. 18 There they crucified him, and with him two others, one on either side, with Jesus between them. 19 Pilate also had an inscription written and put on the cross. It read, ‘Jesus of Nazareth, the King of the Jews.’ 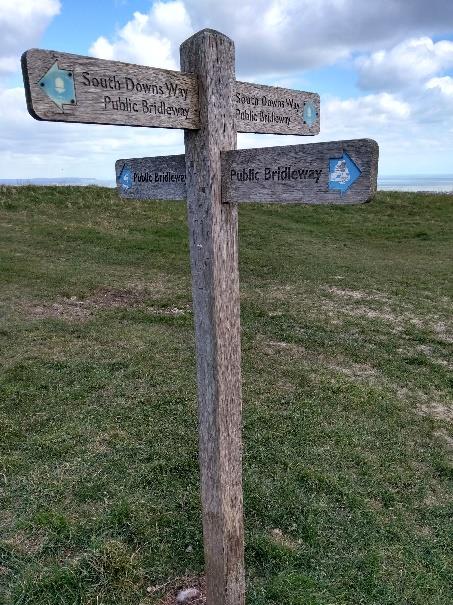 Maybe Pilate was trying to crucify not just the man, but the whole idea? To say to the Jews once and for all: ‘Be ruled! Rome is your King, Augustus is your King… this Jesus dies here and now, once and for all’. How little Pilate understood Jesus Christ!

This signpost on the Downs points four ways – yet oddly, each crossbeam says the same thing: ‘Public Bridleway/South Downs Way’. The cross says one thing: that Jesus Christ was prepared to die to show that God’s love for us. That no matter how badly people could treat one another, they still could not defeat God’s love. That death itself would not win then, nor will it now.

What does the cross say to us today?