July 8, 2020Paul Tabraham2020-07, Devotional
Create a peaceful space to pause, and allow yourself to feel God’s presence alongside you, as near to you as your own breath. In following the reflection below, as a church we will draw closer to God and to one another as we grow in faith and deepen our sense of belonging to God.

26 Then God said, ‘Let us make humankind in our image, according to our likeness; and let them have dominion over the fish of the sea, and over the birds of the air, and over the cattle, and over all the wild animals of the earth, and over every creeping thing that creeps upon the earth.’ 27 So God created humankind in his image, in the image of God he created them; male and female he created them. 28 God blessed them.
31 God saw everything that he had made, and indeed, it was very good. And there was evening and there was morning, the sixth day. 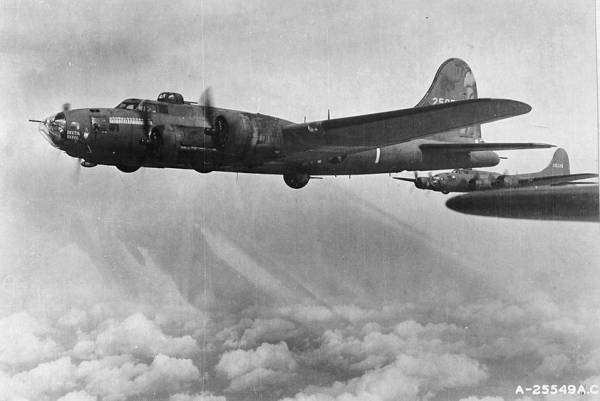 During the Second World War, huge air battles raged over Europe, involving British and American heavy bombers bombing German cities, and German air defences and fighters trying to shoot them down.  The American B-17 ‘Flying Fortress’ was well-known for its ability to withstand great damage and still return home.   On one occasion on 20th December 1943, a B-17 captained by a pilot called Charles ‘Charlie’ Brown, had been badly damaged: the engines were half knocked-out, there were holes everywhere in the fuselage from bullets and flak, and most of the crew were injured and one was already dead.  A lone German fighter, piloted by Franz Stigler, saw the beleaguered bomber falling behind out of formation – and so particularly vulnerable – and prepared to finish it off.  Stigler closed in for the kill, and was surprised he wasn’t being shot at by the bomber. Flying closer still, he saw the extent of the damage, and even through the holes in the plane could see wounded men tending to each other as the bomber limped home. Instead of easily shooting it down unopposed, Stigler flew alongside the crippled B-17, escorted it over the North Sea and towards home.  He flew on the side of the plan closest to German air defences, hoping that this would mean no flak would be forthcoming. Over the North Sea, Stigler dipped his wings in salute, and flew off.  The stricken bomber slowly made it back and all but one of the crew survived.

The pilot of the B-17 was amazed, reported what happened, and was promptly ordered not to tell anyone what happened.  ‘Someone decided you can’t be human and be flying in a German cockpit’ he later reflected.  Stigler also never told his superiors, fearing reprisal.  Amazingly in later life these two pilots met and became good friends, both dying in 2004.

Genesis reminds us that we are made in God’s image, that we share a common humanity, and that our identity is first and foremost as God’s children, irrespective of nationality or race, politics or preferences. Sometimes we forget – to our great shame – the common bonds which make us one people, one humanity, and the duty of love and care we owe one another so profoundly.  If we recognised ourselves in the face of others, the face of God in the face of others, perhaps we might live more humanely, and more bravely.

We thank you, God our Creator, that you made us One. Forgive us when we separate, divide, exclude; when we treat others as lesser lives. We know you forgive us deeply, and enable us to live whole once again. Thank you, in Jesus’ name we pray. Amen.

Reflection & Prayer © 2020 Paul Tabraham.
Image in the public domain.
A printable version of this Daily Devotional can be downloaded from here
All material within this order of worship is reproduced by permission under CCL 1226356