June 7, 2021Barrie Tabraham2021-06, Devotional
Create a peaceful space to pause, and allow yourself to feel God’s presence alongside you, as near to you as your own breath. In following the reflection below, as a church we will draw closer to God and to one another as we grow in faith and deepen our sense of belonging to God.

5 I am the vine, you are the branches. Those who abide in me and I in them bear much fruit, because apart from me you can do nothing. 6 Whoever does not abide in me is thrown away like a branch and withers; such branches are gathered, thrown into the fire, and burned. 7 If you abide in me, and my words abide in you, ask for whatever you wish, and it will be done for you. 8 My Father is glorified by this, that you bear much fruit and become my disciples.

This image of us ‘abiding in Christ’ can make some Christians feel discouraged because in the experience of most of us – at least some of the time – faith can be a struggle as we seek out God, as we search for a deeper experience of the Risen Christ. This is where that little phrase Jesus added, “and I in them” becomes so important. Our efforts to work out our faith in daily living – to be ‘good branches’, if you like – come to nothing unless we grasp this truth.

This made me think of a book I read quite some time ago which had a great impact upon me: Vincent Donovan’s Christianity Rediscovered, in which he wrote of his experiences of mission among the Masai people: a fiercely independent semi-nomadic tribe living in 30,000 square miles of Tanzania, who had resisted change for thousands of years. Donovan became overwhelmed by discouragement and his own faith underwent a crisis as he began to doubt that Christianity was valid for the Masai and perhaps even for himself. He was searching for God but couldn’t find him. The more he tried, through prayer, study, and so on, the more difficult it became. Added to that, he couldn’t convince the Masai, so he felt he was failing in both spirituality and mission. 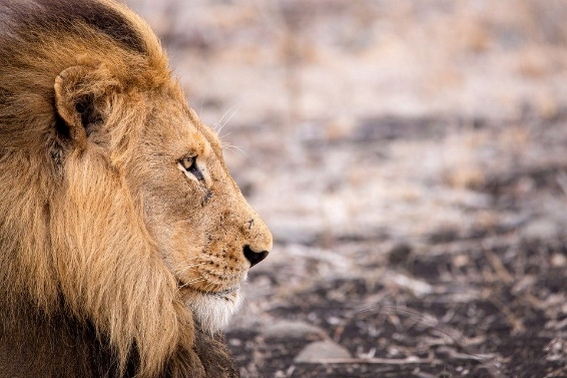 But his young Masai assistant rekindled his hope and belief. The man told Donovan that the way a person believes in Masai culture was not simply about ‘agreeing to’ certain bits of information or communication. He said to Donovan: “You have described faith to us as if we were like a lion searching for prey” (the prey being faith). He suggested that this seemed to be what Donovan had taught them about finding faith and finding God. He went on: “You told us of the High God, how we must search for him, even leave our land and our people to find him. But we have not done this. We have not left our land. We have not searched for him. He has searched for us. He has searched us out and found us. All the time we thought we are the lion. In the end, the lion is God.”

That’s such a perceptive thought – the lion – the one who does the searching and striving, is God. That’s what Donovan rediscovered – it is God who searches us out. He thus discovered that mission was not about ‘bringing the faith’ to pagan people but about God coming to men and women in their own experience. Spirituality is not about searching for God but of finding that God is already here, in every experience, searching us out. In the end, the lion is God.

Gracious God, when we become discouraged, remind us that nothing can separate us from your love. Teach us what it means to be united with our Saviour Jesus Christ, as branches to the true vine. But above all, help us to realise that, just as Christ died for us whilst we were yet sinners, you are always searching for us, and coming to us in love. Amen.

Reflection & Prayer © 2021 Barrie Tabraham.
Image freely available online.
A printable version of this Daily Devotional can be downloaded from here
All material within this order of worship is reproduced by permission under CCL 1226356